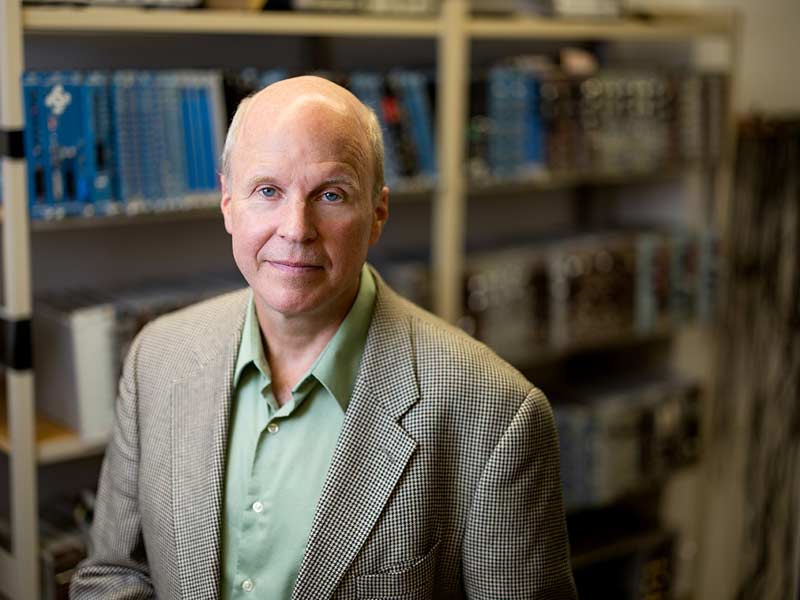 Tulane University physics professor Fred Wietfeldt has been awarded an $8.2 million grant from the National Science Foundation (NSF) to build a new apparatus aimed at solving “one of the most important problems in physics today” — precisely measuring the lifetime of a free neutron.

“Precision measurements of fundamental quantities such as the neutron lifetime enable scientists to critically test the self-consistency and accuracy of our current theories of physics and the universe and hopefully point the way to more complete and correct theories that we believe exist,” Wietfeldt said.

The grant, which is from the NSF’s Physics Division, is the largest ever direct NSF award to Tulane.

Kimberly Foster, dean of the Tulane School of Science and Engineering, said the grant signals Tulane's emergence as a leading center for research in the physical sciences. “It’s very exciting for Tulane and SSE to be directing this major, nationally important experiment to measure the neutron lifetime.”

The neutron, a fundamental particle present in the core nucleus of all atoms — except hydrogen — is an important ingredient of ordinary matter. Neutrons contribute the "glue" that holds the atomic nucleus together. Most of the mass of the Earth is provided by neutrons. But when freed from the confines of a stable atom, the neutron is unstable. It decays with a lifetime of about 15 minutes into a proton, electron, and antineutrino, a light, electrically neutral particle.

“This free neutron decay was a key process in the early universe,” Wietfeldt said. “It governed the formation of the lightest elements in the first five minutes after the Big Bang. In particular, the neutron decay rate determined the amounts of helium and hydrogen in the early clouds of gas that later developed into stars and galaxies.”

Neutron decay is caused by the "weak" nuclear force, one of the three fundamental forces that make up the theory known as the Standard Model of particle physics. The exact value of the neutron lifetime gives scientists useful information about the inner workings of the weak force in order to learn more about its properties.

The neutron lifetime has been measured by dozens of experiments over the past 70 years, but the most precise results from the two leading methods — cold neutron beam measurements and ultracold neutron storage measurements — significantly disagree by more than 4 standard deviations.

Correcting that discrepancy is the goal of the experiment using a new apparatus called BL3. “We will measure the free neutron lifetime using the cold beam method to unprecedented precision and innovative techniques that promise to resolve the neutron lifetime discrepancy,” Wietfeldt said.