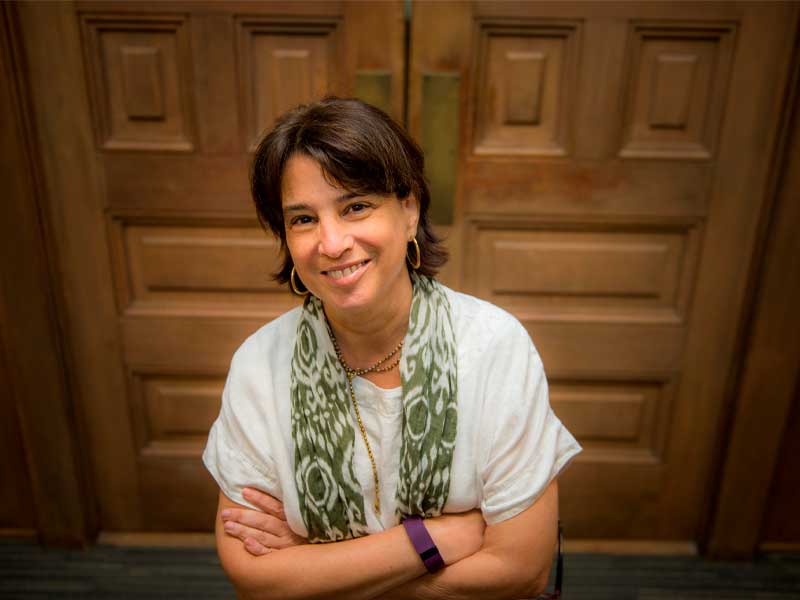 Tulane professor Lisa Fauci is an applied mathematician with expertise in computational fluid dynamics and modeling. (Photo by Paula Burch-Celentano)

Fauci and a team of researchers from the University of Lincoln in England and Stockholm University in Sweden were among 32 teams selected for research grants following a rigorous year-long competition that began with 716 applicants from more than 50 countries.

HFSP’s collaborative research grants are given for a broad range of projects under the umbrella theme “complex mechanisms of living organisms.” The program supports cutting-edge, risky projects that enable global collaboration among international teams of scientists with laboratories in different countries.

The team will use the three-year award — $125,000 annually per team member — to study the evolution of sperm cell shape and motion. Sperm cells are the most morphologically diverse of all cells, and the teams will combine mathematical modeling, microscale biophysics and evolutionary ecology to better understand that diversity when they all share the same function of fertilization.

To date, most research on sperm movement has been conducted on vertebrates and external fertilizers, which generally have a simple structure.  In contrast, this team will focus upon the intriguing and diverse world of insect sperm, which can be incredibly long or have multiple flagella, the tail of the sperm that enables it to swim.

HFSP Program Grants appeal to the innovative and creative potential of the research teams. Frontier life science knows no limits as winning teams propose to investigate, for example, how to tap into a cell’s energy grid, the electric fields that are at the center of enzyme catalysis or bridging robotics and pollination.

Along with Fauci, the other researchers in this project are lead investigator Stuart Humphries, a professor of evolutionary biophysics in the College of Science at the University of Lincoln, and Rhonda Snook, a professor of evolutionary ecology at Stockholm University. As an applied mathematician, Fauci said her expertise in computational fluid dynamics and modeling will complement the expertise of her colleagues.